I have a serious question. what the heck is going on in the women’s bathroom? It seems that everyone wants to be in there. I’m wondering if maybe I want to be in there too.

I see stories everyday now about how someone should be able to use the bathroom of their choice. The one that fits their “identity”. The bathroom they feel most comfortable in. If that’s truly the case, why not the men’s room? I’ve used the guy’s bathroom all my life, and as far as I can tell, it’s pretty laid back in there. It’s very comfortable. No one bothers you, heck you barely make eye-contact with anyone. You just get in, do your business and get out.

Now, to be fair, I’ve never used the women’s bathroom, I’m not sure I’ve ever actually been in one. There must be something going on in there that is worth all this attention. There has to be. In fact, I feel like I want to go see what all the hub bub is.

Is the fact that I “feel” like I want to go in there enough to grant me access and enough to trump the “feelings” of those that might not want me in there? I don’t know. I feel like it is.

All the talk about minimum wage has died down just a bit but, I recently came across a conversation on social media about the minimum wage that included this meme.

Since I’ve had to deal with the Federal government and programs over seen by the federal government more and  more over the past few weeks and months than I ever had to before (due to the ACA, housing loans etc…), I’ve learned the only true way to insure color blindness as it relates to race, is to make sure to label everyone with their color. That way we know who the racists are…

They say everyone should be color blind, yet they won’t let anyone forget about color. Every form I fill out, ever questionnaire I take, even questions asked over the phone – they want to know what nationality I am. I always thought I was an American. Apparently I’m white with Hispanic descent. Does that make me brown or white? Does it matter? It doesn’t to me. Well, at least it didn’t until recently.

Apparently it’s important since every time I talk to someone in an official capacity, they want to know.

One day I was driving around looking for a particular fish store and just could not find it. I pulled over and I tried searching for it online by name and could not find it. I tried searching the map on my smart phone using key words such as Aquarium shop, Fish store, Saltwater Aquarium Shop, Coral Store, just to name a few – all to no avail. I quickly realized that many of the local shops here in phoenix just don’t take the internet seriously enough and as a result they are not easy to find unless you know right where they are. END_OF_DOCUMENT_TOKEN_TO_BE_REPLACED 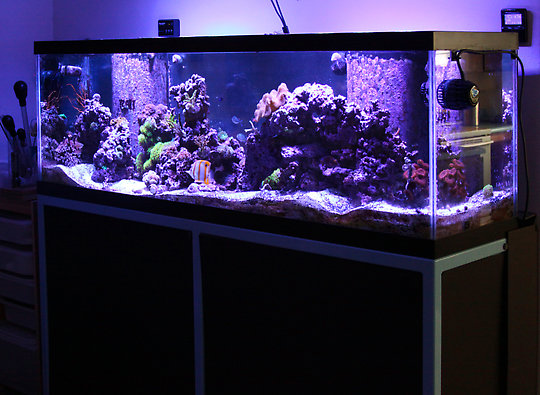 the new tank (ya I still call it new) is hitting the nine-month mark. this is an exciting time for a new tank. Somewhere between the 6 and 9 month mark a saltwater aquarium will really begin to shine as the natural systems in an aquarium begin to mature. By this time most of the kinks will be worked out both in the water  chemistry as well as in all the mechanical parts that make up the life support systems. END_OF_DOCUMENT_TOKEN_TO_BE_REPLACED

Came across this little gem posted by someone named Average Joe-919387 in the list of user comments on NBC’s website under an article that (finally) came to the realization that they, the Obama Administration, lied about the ACHA…. Shocker. I know.

Anyway – here’s a short anecdotal story that explains the difference between Democrats and Republicans.

Difference Between Republicans and Democrats

Now you understand the difference between Republicans and Democrats

It’s short, but it seems to accurately sum up the difference as it relates to the way ‘compassionate’ liberals and Democrat tend to look a the world as opposed to the way most republicans and conservatives look at it.

This goes back the old “feed a man a fish.” adage, and it continues to hold true. If you can’t see that by now, then we are all lost.

Tango, my new Yellow Eyed Kole Tang is a cool little fish. He spends his days inspecting and picking at the rock and substrate. He has tons of personality – I mean , just look at this photo.

I jumped at the chance to bring one these fish into the tank as a juvenile because I wanted to give him the best chance of fitting in. At his small size, the other fish don’t see him as any sort of threat or as competition. He also has a great domineer, allowing him to fit right in.

Not sure yet, but his coloration looks as if it may lean more toward the blue side. It’s hard to tell under the LEDs. Either way, he has nice , well defined pattern beginning to form. He should grow into a beautiful fish

We made Tank of the Week (TOTW) over at AquaticLog.com – how cool is that.

I recently rented a PAR meter from my local fish store and spent a day measuring and gathering PAR readings from around my mixed reef tank. I took a lot of measurements. I tried to get a reading for just about every nook and cranny I could fit the PAR meter’s sensor into. I wanted to get a complete picture of how the two 160w Maxspect Razors (R420r)  LED lights hanging over my tank interacted with the rock work so that I could make the best choices possible when placing corals. END_OF_DOCUMENT_TOKEN_TO_BE_REPLACED

So I recently entered a photo contest at 3reef.com. Unlike other “photo contests” though, this one had a cool twist. The task was create a beer label design using photos from your own tank. Of course when I read about this I had to enter. I mean – who doesn’t love beer, and saltwater aquariums?

To win it, I knew it needed to be clever and had look good. So I started shooting a few images of the new tank but still didn’t have any good ideas was to what it should be. After looking through the photos and coming across a particularly nice shot of Kora, the Yellow Coris Wrasse, I came up with “Coris Light” – an obvious play on words for “Coors Light”. I had to win.

I shared my idea with my better half, Darlene, and she loved it. She then came up with the tag line that tied it all together; “Better than all the wrasse so you can goby all you can be“. I personally believe that’s what pushed my entry over the edge and got me the extra few votes that ultimately allowed me to win.

The full list of entries can be seen at this 3reef.com thread
The final vote can be viewed at the 3reef.com voting thread

You can view the full resolution version of the label here: Coris Light Beer label